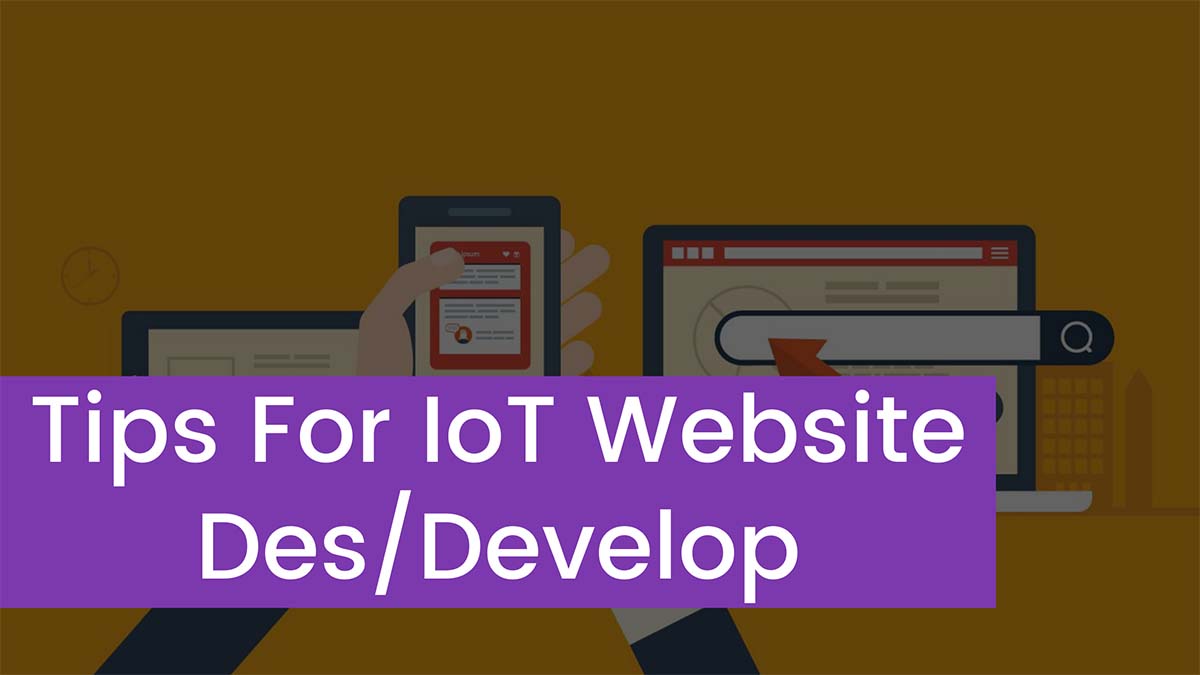 From system and security, to design, autonomy, to energy efficiency – there are many things to consider when developing IoT devices from an IT perspective. However, in general, there are at least 5 points for a successful IoT web design.

The development of the Internet of Things also requires additional security measures. In the event of a cyber attack, multiple networked IoT devices could compromise the entire IT infrastructure.

As the ubiquity of the Internet of Things grows, the more serious consequences of attacks can be, from disruptions in network manufacturing to the theft of connected cars.

Because of the increasing risks, developers are obliged to think about security in advance and build robust security mechanisms into their devices. However, it is important to strike a balance between security and usability: security measures that make life difficult for users will not be accepted.

In 2030, there should be more than 25 billion IoT devices worldwide. As people continue to play a central role among all of these smart “things” that surround them, there are many challenges in designing innovative solutions:

Users interact with IoT applications through many different channels and devices. That`s why IoT web design should be compatible with other devices such as wristwatches, smartphones, tablets, and even shape-changing interfaces.

On the one hand, huge data processing opens up great opportunities: companies have never had so much information at their disposal. It can be used, for example, to monitor the status of production systems or to individualize the customer journey. On the other hand, a gigantic amount of data carries the risk that it will simply crush companies. For example, the food distribution center of a supermarket chain has sensors that regulate the storage temperature with networked cooling systems. They do this by transmitting data such as temperature and humidity every 30 seconds to the control center, as well as battery levels, for example.

With hundreds of sensors that collect a batch of data twice a minute – IoT devices should generate volumes of data that traditional methods can no longer handle.

A huge amount of data is one thing, connecting it with other platforms and devices is another problem. It’s often easier said than done: The Internet of Things has many applications, so it’s unlikely that large companies will ever be able to meet their technology needs with a single application or software. Therefore, a functional IoT software development requires an integration solution that allows exchanging information between different systems.

Data sharing will become more and more complex with a growing number of IoT devices from different companies. The consequence is the emergence of subsystems that, in many cases, are not fully interoperable with each other.

What happens, for example, if a provider changes something in the configuration of its devices? Even a security update or data model optimization can lead to incompatibility and chaos.

Developers need to make sure that different IoT devices can be connected with each other, provide them with a functional web or app design, and establish data exchange; otherwise, different devices literally will not understand each other since they have different technical compatibility.

This creates difficulties in terms of their interaction. This is especially important for smart home automation. Without proper data exchange, devices that are written in one language will not understand devices that have a different technological stack. Of course, there are different ways to avoid this so that everything is compatible but that requires a lot of extra work and leads to a cumbersome design.

The Internet of things has fundamentally changed the way most electronic systems are designed. However, the biggest changes, in some cases, involve sensor systems that collect data and send information to the cloud. These “things” often don’t have their own power connection.

This means that they have to be somewhat self-sufficient, which in most cases can be achieved with batteries or power generation methods. For many applications, this “energy harvesting” is the most promising solution. In theory, if IoT devices consume less energy than power generation provides, they`ll have a continuous operation.

However, there are also many applications for which this approach is not suitable because the available energy is too low or the system power requirements are too high. That`s why developers have to develop applications with power-saving sleep modes.

How to insert space in HTML and Common Character Entities